How to become an addict

I lost my family when I was 5. I never had a dad and I lost my sisters and my mom when our family was torn apart in 1993. I was placed in a catholic school with strangers and I missed my mom and my sisters like you won’t believe it. This is the story about

In time this family breakup became a huge void inside of me. It was dark and scaring and every time I was alone with this emptiness I was overpowered and got panic attacks because I figured this was how the rest of my life was going to be. I was terrified and I used drugs to fill that void but it only lasted for a few hours before ‘the beast’ wanted more.

I was sad most of the time. Lonely and didn’t dare to talk to anybody.

I wasn’t able to relate to other people. I always thought they would hurt me by leaving me and reinforcing my loneliness. I couldn’t let any one in to my life.

Sadly most of us has addictions. How are you doing without your phone?

Some are food addicts. Others are sex addicts. Some are television addicts, shopaholics or workaholics. Others are sports fanatics, alcoholics, gamblers or can’t quit smoking. It pretty much always comes down to the same thing. We replace our relationships with other things. Often unhealthy things. Like I did with coke and meth.

This is the realm of The Hungry Ghosts! They live in the vacuum inside of us. They ARE that vacuum! We can feed them forever or we can call them out!

As I described in detail here I had this huge moment when I rammed my knee into my prisoners balls. I suddenly felt so empowered and passioned that anything seemed possible. Before this moment I was an addict. After this moment I realized I was connected to my fellow sisters in capture and felt totally responsible for their freedom – and mine of course. I suddenly had a purpose. These girls suddenly depended on me. I felt so connected to my new found purpose that I did not even think of getting a new fix any more!

I used to be a victim. Abusing drugs and abusing myself. I tried not to abuse other people but I know I let them down. I was so disconnected from everything including my self, that I probably never would have found my way back if it hadn’t been for this tragic situation we were in. All my life I was sad and angry because of being isolated and lonely – but I didn’t know until now.

I was forced to be present and in that presence I discovered that my emptiness inside was NOT empty! It was filled with 20 years of repressed anger that wanted to get OUT! I used 20 years trying to escape this anger because I was afraid of it.

My anger exploded like a nuclear bomb when I hit that trafficking agent in his balls with my knee. His balls took twenty years of my anger savings. At that moment my mind was totally clear. It was the best fix ever! It was an Oved Dose! The old Angelica died and a new stronger and braver Angelica was reborn. I was free! And I was determined to stay free! This was my reconnect with Life! Reconnect with Purpose and Meaning! I was back! Fighting!

Fighting for my self and my fellow prisoners. I have never felt so great in my entire life before!

Bruce Alexander created Rat Park as an experiment on addicts and he showed that well functioning relationships are vital, because if we don’t have relations we tend to replace them with things that anesthetize us instead so we don’t feel the missing social connections. Just like the rats in his experiment.

I would like to end this story with a video from Johann Hari. He got it right. “The opposite of addiction is Connection!”

Angelica fled from a catholic school because she didn’t fit in there due to her rough childhood losing her parents and her sisters. She ended up in the streets of London as a prostitute selling her body for the next fix. She got picked up and trafficked to Albania where she suddenly got the chance to fight for her self and the girls in the brothel and she took it and a nasty bunch of criminals suddenly felt the wrath of Angel in a bad temper! 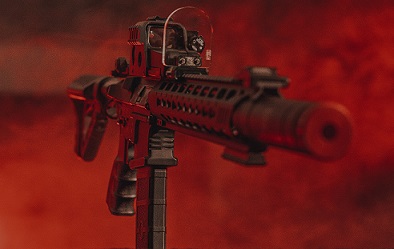 The Wrath of an Angel - Trafficking is REAL! Trafficking is real! Very, very real! The chances of you knowing someone who is secretly involved in trafficking are much higher than you want to believe. It could be one of your classmates who picks up women in airports or...

END_OF_DOCUMENT_TOKEN_TO_BE_REPLACED 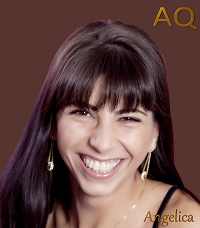 I have met a lot of men from all walks of life. I have met criminals, drug dealers, thieves, mafia bosses, soldiers and officers from many different countries, a few (corrupt) politicians and a lot of ordinary people. The vast majority of my encounters reflect pretty...